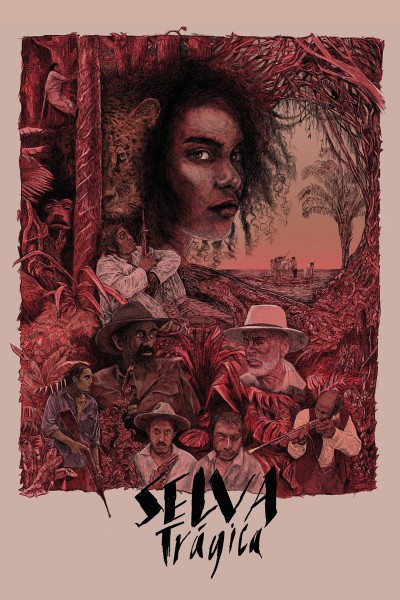 Tragic Jungle came out in October (2020) but when will it come to Netflix?

Here is all the information about Tragic Jungle release date on Netflix (USA). Details include the date it was added to Netflix, the ratings, cast, the plot, and more. Scroll down for more information.

Tragic Jungle is a drama movie directed by Yulene Olaizola. The film was initially released on October 13, 2020, and has a 5.6 rating on IMDb.

Tragic Jungle is coming out on Netflix on June 9, 2021. Let’s look at the cast, movie plot, reviews, and what’s new on Netflix. ⬇️

Tragic Jungle is came out will be released on Netflix on Wednesday, June 9, 2021. We use publicly available resources such as NetflixSchedule and NetflixDates to ensure that our release date information is accurate. Some Netflix titles are considered original in one country but not in another and may not be available in your region. Moreover, dates may change, so check back regularly as we update this page.

1920, on the border between Mexico and Belize. Deep in the Mayan jungle, a lawless territory where myths abound, a group of Mexican gum workers cross paths with Agnes, a mysterious young …

Please note, these reviews are only accurate at the time of writing. Tragic Jungle reviews will be updated regularly.

Tragic Jungle is rated: TV-MA. A TV-MA is the strongest TV rating, which means it includes anything that would be rated R or NC-17 by the Rating Board. These programs are intended to be viewed by mature, adult audiences and may be unsuitable for children under 17.

Who is the director of Tragic Jungle?
Tragic Jungle was produced by Varios Lobos, Manny Films, Contravía Films, ZOOLOGÍA FANTÁSTICA, and Malacosa Cine, with a budget of $1 million and was initially released on October 13, 2020.

When did Tragic Jungle come out?
Tragic Jungle was originally released on Tuesday, October 13, 2020. The film has been released approximately 2 years, 3 months, and 1 day ago.

Below are interesting links related to Tragic Jungle: